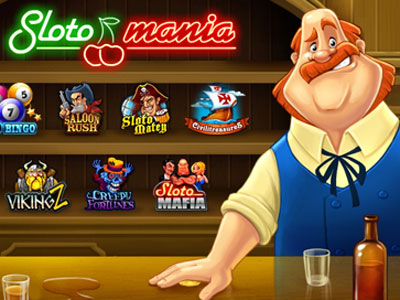 As mentioned previously, Slotomania averages more than 1,000,000 monthly users. It is #31 of the top Facebook games of 2014. Doubledown Casino, a free slots game, is listed at #32. It too averages 1,000,000 monthly users. Texas HoldEm Poker is second only to Candy Crush Saga and boasts a whopping 10,000,000 active users each month. We’ve taken a closer look at three of the most popular Facebook casino games below. These sites are generally free to play and feature great graphics and realistic sounds to enhance the overall gaming experience.

Slotomania – Slotomania, created by Playtika, is widely considered to be the number one social slot game worldwide. Slotomania offers live tournaments where players can engage in real-time with other slots enthusiasts for bragging rights and big prizes. They also offer VIP rewards and mobile games.

DoubleDown Casino – DoubleDown Casino is the only one of the Facebook casino games that offers real casino games for free. Players can experience the top casino slot machines such as the incredibly popular Wheel of Fortune and Cleopatra Slots. Other popular casino games available include blackjack, poker, bingo, and more. New members get one million in free chips. The classic slots games can be played anytime, anywhere via smartphone, tablet or Android device.

Considering that adults in the UK can now legally play Facebook casino games for real money and that online gambling is now legal in some parts of the United States, there’s a chance that real money social gaming will become more readily available in the future. However, until such time, most gamblers that are interested in real money games will need to stick with traditional online gaming sites. Facebook casino games will remain a great alternative if you’re just looking for fun and some social interaction.