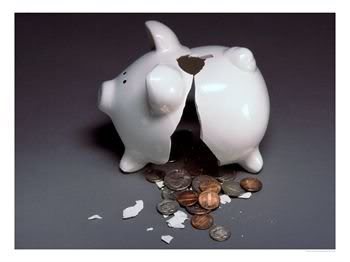 Online gaming is one of those industries you would think of as being recession-proof. After all, for over a decade gambling has been a multi-million dollar business. The one-day revenues from slots players alone can generate millions of dollars in earnings for Las Vegas casino operators. However, in the past few years the global economic crisis has had a major impact on even the biggest Las Vegas casinos. Many have been forced to shut their doors as a result and others that once thrived, are struggling to survive.

Things are a bit brighter for the online gaming industry. It, too, has felt the pinch of the ongoing economic crises, but they have yet to endure the beating experienced by their land-based counterparts. There are several reasons why this is the case. For one, online casinos don’t have anywhere near as high an overhead as an online gambling operation. There’s no building to pay for, less insurance costs, fewer staff, etc. It’s also a lot cheaper for gambler. There’s no need to travel so there’s savings on flights, gas, hotels, and food. Money that would have otherwise been spent on travel can be spent on online gaming instead.

Online gaming doesn’t provide the exact same experience one would get by playing at a land-based casino. There’s no substitute for bustling crowds and the sights and smells of a real casino. However, online gambling does a great job of providing action-packed games that offer the same level of excitement you get from non-virtual games. The graphics are intense and the potential winnings are compelling. Some progressive jackpots totals can be as high as several millions of dollars.

The Future of Online Gaming

The fact that online gaming has become so popular has not been lost on the big Las Vegas casino operators. Gambling giants such as Caesar’s and Harrah’s have officially entered the online gaming space in the hopes of reclaiming players they may have lost due to the economic downturn. Harrah’s Casino has launched an online poker room and casino. Caesar’s Palace is trying to capture their share of the billion dollar revenues still being generated online with the establishment of their online casino. Once blocked from conducting online gaming operations in the US, thanks to the passing of the UIGEA bill in 2006, these land-based titans are also looking to cash in on previously untapped markets.

As these huge brands enter the online gaming market it will be very interesting to see where the players will flock. Will they stick with the unregulated operators who have been providing games post-UIGEA, or will they stick with the brands that have become synonymous with Las Vegas gambling? One thing is for sure, despite the setbacks caused by recent economic strife, gambling continues to thrive, albeit slightly less than it has in the past. And, while some of the big land-based casinos may not be fortunate enough to hold on until the economy recovers, online gaming remains well-suited to withstand these tough economic times.